Every year, the Swiss Foundation for Tuberculosis Research awards the Swiss TB Award for outstanding work by Swiss researchers. The two winners this year are Nina T. Odermatt from the EPFL Lausanne and Tobias Broger from the Swiss non-profit organisation FIND. 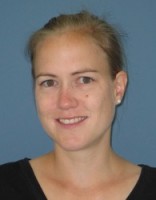 Mycobacterium tuberculosis (Mtb) has specifically adapted to a lifestyle inside its host cell to remain undetected by the immune system for many years. The exact timing of host-cell entry, dormancy, internal cell division and therefore virulence is crucial for Mtb’s success. An important part thereof is the tight regulation of gene expression, mediated by transcription factors.
Here, we investigated one of these transcription factors, the mycobacterial Integration Host Factor (mIHF). We found that the mIHF protein was present throughout the cycle and was very stable inside the bacterial cell. mIHF was essential for the survival of the pathogen, as Mtb without mIHF could not grow anymore. Mtb cells with a very low concentration of mIHF showed an aberrant phenotype of elongated cells twice the length as normal, which were not able to divide or form a septum. This protein further bound over 150 times to the DNA, often close to another transcription factor, EspR. While most transcription factors regulate less than ten genes, mIHF strongly affected expression of more than 200 genes, which equals about 5% of all genes in Mtb. Many of these target genes are part of the DNA synthesis machinery, code for tRNAs important in protein synthesis, or are part of virulence pathways. Strikingly, the genes espACD were the most downregulated ones, themselves important for Mtb’s special secretion system and its high virulence. Overall, the characterization of mIHF added an important piece towards deciphering the complex gene regulatory mechanisms in Mtb.

New generation urine test improves TB diagnosis in people living with HIV
The Fujifilm SILVAMP TB LAM test, or FujiLAM, is the first of a new generation of rapid diagnostic tests for the identification of TB in people co-infected with HIV. Working in a similar way to a pregnancy test, FujiLAM detects low concentrations of lipoarabinomannan (LAM) in the urine of people with TB and HIV co-infection. Urine samples are easy to collect from people of all ages, which is especially relevant for those with HIV who may often face difficulties in producing sputum (the usual sample needed for TB tests). FujiLAM has shown promise following an encouraging diagnostic accuracy evaluation using biobanked (frozen) urine samples from hospitalized patients with HIV, and these findings were presented in a study published in the journal Lancet Infectious Diseases. The study found that the test is substantially (28%) more effective at identifying TB in people who are HIV positive than the only existing alternative urine test. Rapid and accurate diagnosis of TB is critical to enable patients to start treatment on time, reduce deaths due to TB, and prevent further transmission of the disease. The test is now being evaluated in large studies in more than ten countries, which will help to generate the data needed for evaluation by the World Health Organization (WHO).
SILVAMP TB LAM was developed by a FIND-led international R&D consortium including Fujifilm, Rutgers University, the University of Alberta, Otsuka and the University of Cape Town, supported by the Global Health Innovation Technology Fund (GHIT), the Bill & Melinda Gates Foundation, and the governments of Germany, the Netherlands, UK and Australia.