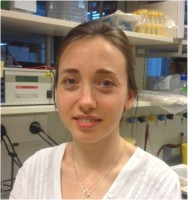 Tuberculosis (TB) displays a multifaceted clinical spectrum, ranging from acute and disseminated states, to asymptomatic latent forms (LTB). While most individuals are able to contain the bacterial proliferation via innate and adaptive immunity, approximately 5–10% of the infections progresses to active disease. Consequently, one-third of the global population is predicted to carry LTB, which represents a conspicuous disease reservoir. Nonetheless, the discrimination between LTB and spontaneous or post-therapeutic recovery is often ambiguous, due to the lack of specific diagnostic markers. In addition, post-therapeutic relapses following immunosuppression have been exhaustively demonstrated. The physiological transitions of the bacteria during different TB stages, and the influence of the host microenvironments still remain largely unclear. Thus, further investigation is needed to identify the molecular basis of this complex interplay. In our study, we essentially looked at the pathogen not as a uniform bacterial population, but as distinct individuals presumably contributing to the fate of the group. We decided to focus on the growth state of single-cells, which is in direct relationship with the intracellular amount of ribosomes. We genetically engineered Mycobacterium tuberculosis to generate a fluorescent reporter of ribosomal activity, as a global readout of the metabolic processes taking place in living cells. Bacteria were cultured within custom-made devices and their growth and fluorescence (ribosomal activity) were monitored by quantitative time-lapse microscopy. Through this approach, we discovered a remarkable cell-to-cell phenotypic heterogeneity under optimal growth conditions, which is further amplified by stressful conditions in vitro and in vivo. Notably, the lungs of infected mice shelter a cryptic subpopulation of non-growing but metabolically active bacteria, which persist in isoniazid-treated mice, but are absent in immunosuppressed mice, where bacilli massively replicate. In conclusion, the amplification of M. tuberculosis phenotypic heterogeneity in response to host immunity and drug pressure may contribute to LTB and drug persistence. Future studies on the causes and effects of phenotypic heterogeneity could reveal new molecular markers, thus advancing the development of diagnostic and therapeutic strategies, to target specifically the cryptic bacterial subpopulation.