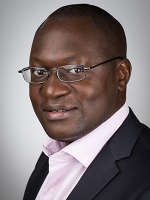 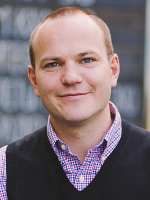 Much like humans, microbes live in ever changing environments. Our research investigated the metabolic responses of individual bacteria to changing nutrient environments. Bacteria that cause diseases such as Tuberculosis & Leprosy survive by adapting the “wiring” of their central metabolism to changes in nutrient availability in their micro-environments during infection. To investigate the individual behavior of these bacteria, we utilized the power of fluorescence time-lapse imaging to visualize the spatio-temporal dynamics of individual bacteria growing in micro-cultures on a microfluidic chip. To accomplish this, bacteria with multiple fluorescent proteins fused onto distinct enzymes in key metabolic pathways important for sustained growth during infection were engineered. Using time-lapse microscopy, we could resolve the condition-dependent production of the labeled metabolic enzymes and evaluate the nature of temporal cell-to-cell variation in the production of these enzymes during nutrient adaptation. This cellular heterogeneity generates phenotypic diversity at the population level, which is critical to microbial survival during infection as it guarantees that at least some individual bacteria are able to survive potentially lethal changes in microenvironment, such as nutrient starvation. Using this aggregate knowledge of how bacteria adapt their central metabolism “wiring” to changing conditions, we identified potential opportunities for developing anti-tubercular drugs targeting central metabolism. Our report demonstrates that mycobacteria dictate the direction of isocitrate, a key component in the central metabolism “wiring”, using a mechanism that is more than a simple on-off switch. The mechanism is instead analogous to a thermostat that controls a home’s heating system in response to temperature fluctuations: if the temperature becomes too high, a thermostat cools the house down, and if it gets too low it heats the house up. Similarly, the mechanism that controls the direction of isocitrate in the metabolic “wiring” responds to negative feedback, and thus can maintain optimal flux levels in individual bacteria. This mechanism is appropriately flexible, enabling a quick responce to the dynamic environments during infection and mutes the cell-cell variation. Finally, our investigation revealed that disturbing the flux balance in this “wiring” has lethal consequences for bacterial growth and can be used a means to develop future antibacterials against Tuberculosis and Leprosy.