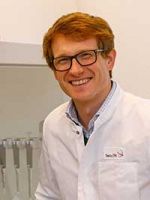 Approximately 10 million people will be infected with tuberculosis this year. In most cases the infection will be curable, however for half a million people this will be the beginning of a long struggle with drug resistant tuberculosis. Drug resistance in tuberculosis is as old as our efforts to treat it with antibiotics. The best way we have of preventing resistance is by using several antibiotics at once – combination therapy. We know how resistance emerges and how to prevent it. What we did not know is: why does combination therapy work as well as it does? To answer this question we looked at how populations of tubercle bacilli respond to treatment within tuberculosis patients. Every time a bacterium divides, it can gain a genetic change, a mutation. Some of these changes can lead to drug resistance. We observed that tubercle bacilli constantly try to find a way of becoming resistant. If treatment is not potent enough they will eventually succeed. But if we apply a sufficiently effective combination of antibiotics we decrease the ability of the bacilli to come up with new solutions and block all paths to resistance. This outcome sounds intuitive; however, our study is the first to show this phenomenon in action within patients. Understanding how bacterial populations change in response to drug pressure allows us to assess the activity of new drug combinations to treat drug resistant tuberculosis more effectively - and hopefully will lead to new future treatments faster. 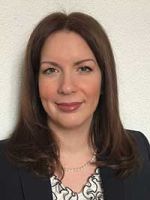 There is no doubt that historically the extensive societal impact of Mycobacterium tuberculosis infections is legendary. However, lately the incidence and prevalence of nontuberculous mycobacterial (NTM) infections have been increasing worldwide and recently led to an emerging public health problem. The most notorious rapidly growing mycobacterium among NTM, involved in a wide spectrum of disease manifestations ranging from skin and soft tissue infections to nearly untreatable lung disease, is Mycobacterium abscessus. Its phenomenal resistance to most clinically available antimicrobial agents, including the most important first-line antituberculosis drugs, isoniazid and rifampicin, is attributed to its complex and multifaceted intrinsic resistome. Although M. abscessus genome sequence became available in 2009, at first, lack of tools for M. abscessus genetic manipulation severely delayed research endeavors.
“That was the situation when I was assigned in 2013 the tasks to develop and establish appropriate tools for the genetic manipulation of M. abscessus with the ultimate goal to decipher its rifamycin, aminoglycoside and β-lactam resistance mechanisms”, Dr. Rominski highlights. Indeed, as a first step, generation of mutants by targeted gene deletion in M. abscessus was achieved by establishing an innovative genetic tool kit. Particularly, katG gene from M. tuberculosis coding for a catalase peroxidase that activates the pro-drug isoniazid (INH) and mediates susceptibility to INH was used for first time as a negative selectable marker in M. abscessus. Application of this novel genetic marker led to identification of (i) Arr_Mab, a rifampicin ADP-ribosyltransferase, which ribosylates and thereby inactivates rifampicin, as the major determinant of innate rifamycin resistance in M. abscessus; (ii) AAC(2') and Eis2, two acetyltransferases which transfer acetyl groups on crucial residues of aminoglycoside drugs leading to their inactivation, as two distinct aminoglycoside resistance determinants which confer M. abscessus clinically relevant drug resistance; and (iii) Bla_Mab, a broad-spectrum class A β-lactamase, which rapidly hydrolyses most β-lactam antibiotics except imipenem, meropenem and cefoxitin, as the major determinant of innate β-lactam resistance in M. abscessus. Together this pioneering work offered a better knowledge on the underlying mechanisms of drug resistance in M. abscessus with a great impact on rational selection of chemotherapeutics and development of novel antimicrobials which can overwhelm the existing resistance mechanisms.